The Tragedy of the St. Louis 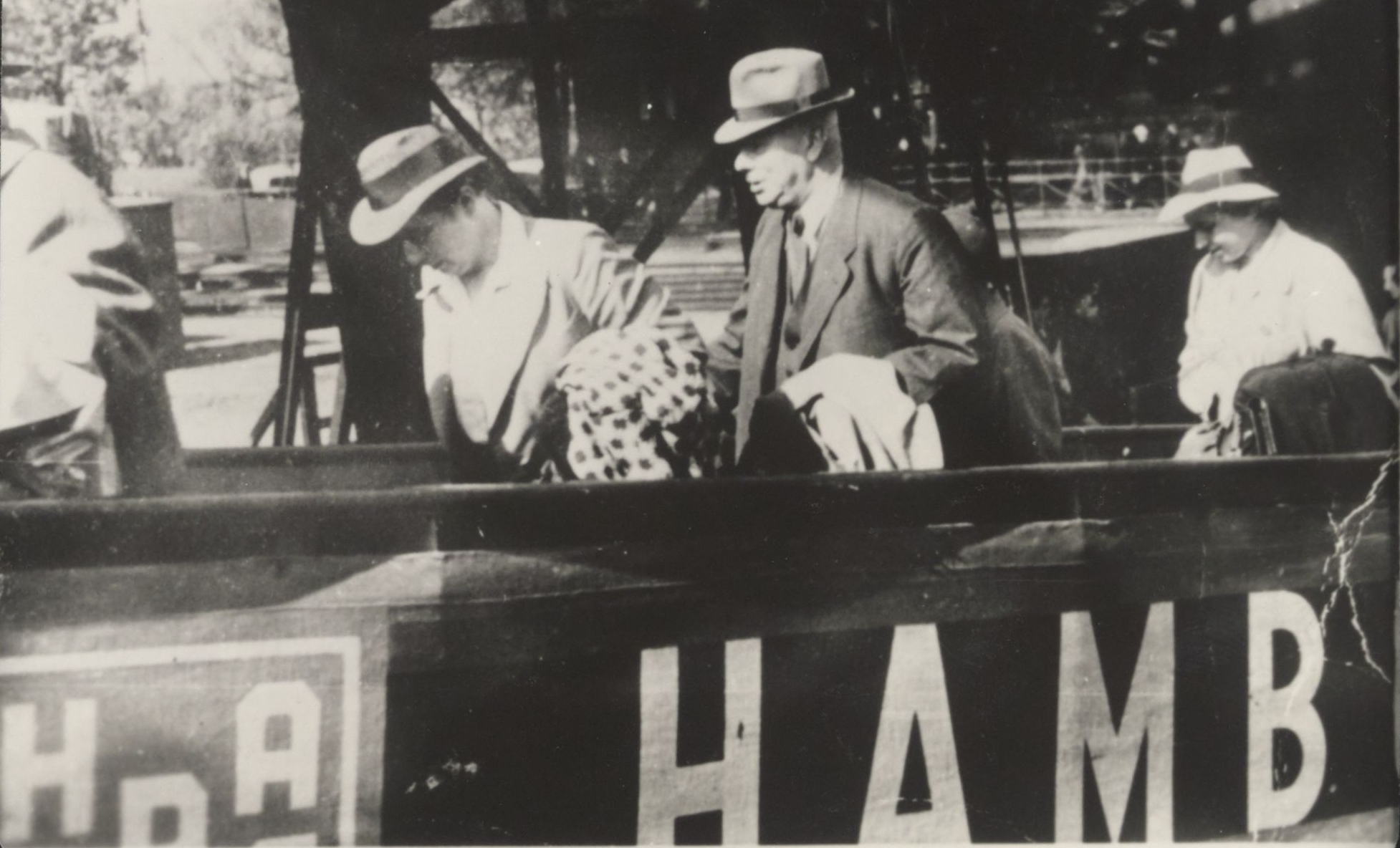 Curated especially for Kennesaw State University's Year of Cuba, and sponsored by a generous grant from the Breman Foundation of Atlanta, Georgia, The Tragedy of the St. Louis tells the story of more than 900 Jewish refugees who departed Germany in May 1939 hoping to wait safely in Cuba until their U.S. visas were approved. Visitors to this 8-panel bilingual (English and Spanish) traveling exhibit will learn what happened when the Cuban government refused to let the M.S. St. Louis land in Havana. They will also have the opportunity to follow the story of one family whose desire to escape Nazi Germany sent them on a journey that included Cuba, England, the Netherlands, Poland, New York, and ultimately Kennesaw, Georgia.

Please email us to inquire about availability of this traveling exhibit for your organization.

Created in conjunction with the MHHE's 2020 accessibility initiative, The Tragedy of the St. Louis is accompanied by an audio guide and other resources intended to welcome visitors of various backgrounds and preferred methods of aural, visual, physical, and linguistic engagement.

Click here to listen to audio guides and view transcriptions in English, Spanish and German.

Born in Brooklyn in 1948, Susan Berman is the daughter of German Holocaust survivors. Her mother Ruth Simon Heinemann took the Kindertransport to England in 1939, a few months before other members of her family boarded the ill-fated ship, the St. Louis. Berman's father, Manfred Heinemann, was arrested on Kristallnacht, but after his release he fled Germany and immigrated to the United States, where he served in the U.S. Army. Thanks to Susan, the Simon family's story runs through The Tragedy of the St. Louis.

This digital exhibit follows Susan Berman's family across space and time as they fled Germany, hoping for a better life in the United States. It includes testimony related to the time that four members of the Simon family spent aboard the M.S. St. Louis.

This Twitter "Moment," created by the Museum of History and Holocaust Education, follows the journey of the M.S. St. Louis from Europe, to Cuba, and back again.

Generously shared with us by the JDC Archives, this footage documents the journey of the St. Louis from Hamburg, Germany, to Havana, Cuba, and then back to Antwerp, Belgium. The Jewish Joint Distribution Committee (JDC) was instrumental in negotiating asylum for the St. Louis refugees in Belgium, France, England, and the Netherlands, after they were refused entry in Cuba and the United States. Please visit this website to learn more about the role of the JDC Archives in the St. Louis saga.

To learn about the fate of every passenger aboard the St. Louis, check out Refuge Denied: The St. Louis Passengers and the Holocaust by Sarah A. Ogilvie and Scott Miller, United States Holocaust Memorial Museum, University of Wisconsin Press, 2006. Former Director of Curatorial Affairs at the U.S. Holocaust Memorial Museum, Scott Miller was slated to give a book talk at an opening event planned for the Tragedy of the St. Louis exhibit at Roosevelt's Little White House in Warm Springs, GA, in June 2020, but the event had to be cancelled due to the COVID-19 pandemic.  You can learn more about Miller and Ogilvie's project and the fate of the St. Louis passengers by clicking here.