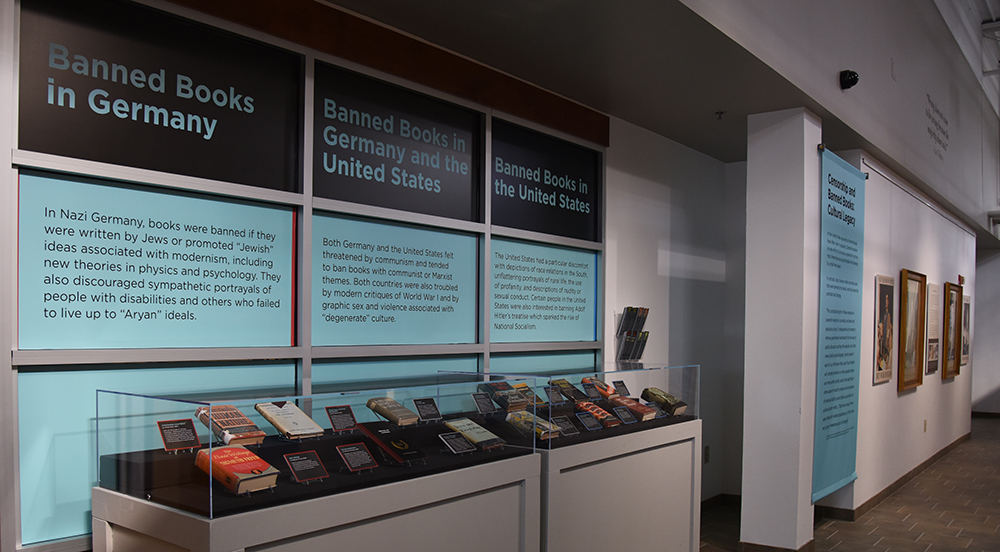 Censorship and Banned Books, 1933-1945 features panels and artifacts that highlight the history of regulation in Germany and the United States in the 1930s and 1940s. Topics include "Self-Censorship in Hollywood," "Nazi Book Burnings of 1933," and "Munich Art and Music Exhibitions, 1937-1938." Each topic explores the different forms of censorship that took place internationally leading up to World War II and examines the divergent path each government took toward what it deemed "inappropriate."

Artifacts include books banned during this time period, such as Ernest Hemingway's For Whom the Bell Tolls, John Steinbeck's The Grapes of Wrath, and Karl Marx's Das Kapital.

“This exhibit places the struggle over which ideas should be allowed to spread in national and historical context, and is particularly appropriate in 2017," notes MHHE curator Adina Langer. "As the second in our new series of temporary exhibits, I am hopeful that Censorship and Banned Books will build on the success of Nourishing Survival and continue to encourage repeat visitation to the MHHE.”

Click here for a digital version of the exhibit.

For more information, please call the Museum of History and Holocaust Education at 470-578-2083 or email us at mhhe@kennesaw.edu.