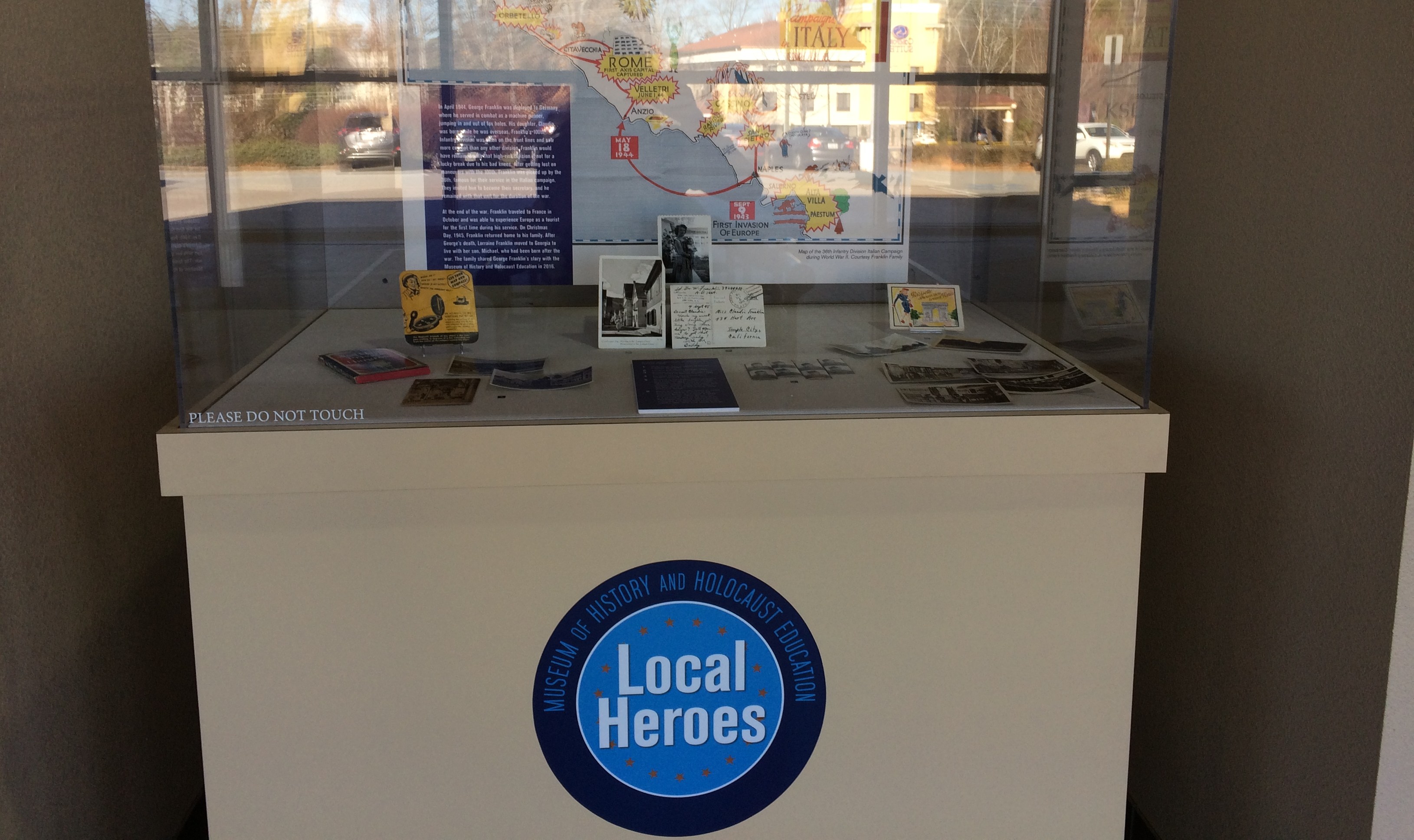 The Local Heroes cases at the Museum of History and Holocaust Education feature rotating displays of artifacts, images, and documents focused on World War II as it was experienced first-hand by veterans. 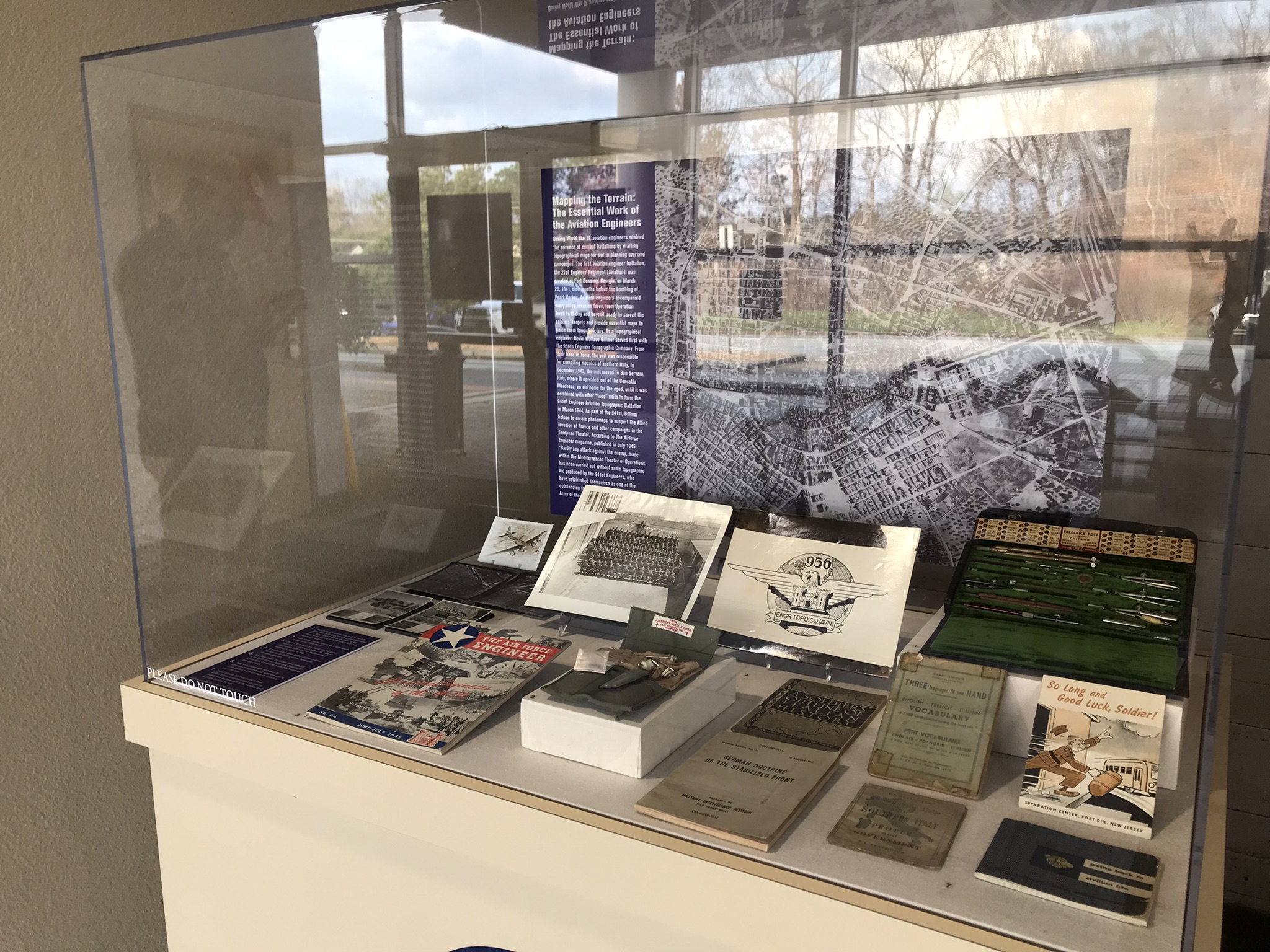 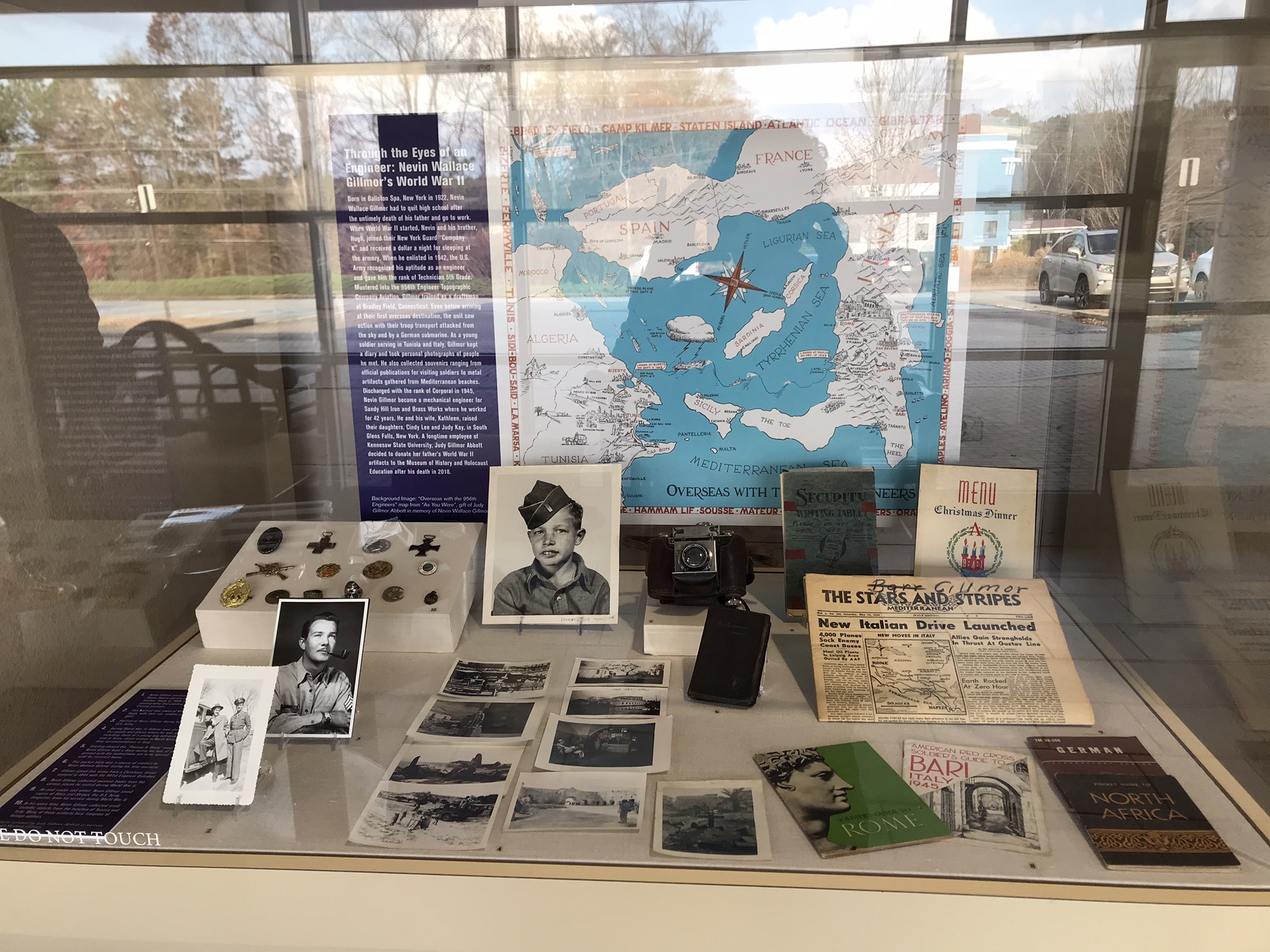 Nevin Wallace Gillmor served his country with distinction as a member of the 956th and 941st Engineer Aviation Topographic Companies of the U.S. Army. Visit Local Heroes now to learn how these units enabled the advance of combat battalions by drafting topographical maps for use in planning overland campaigns and see World War II through the eyes of an engineer! 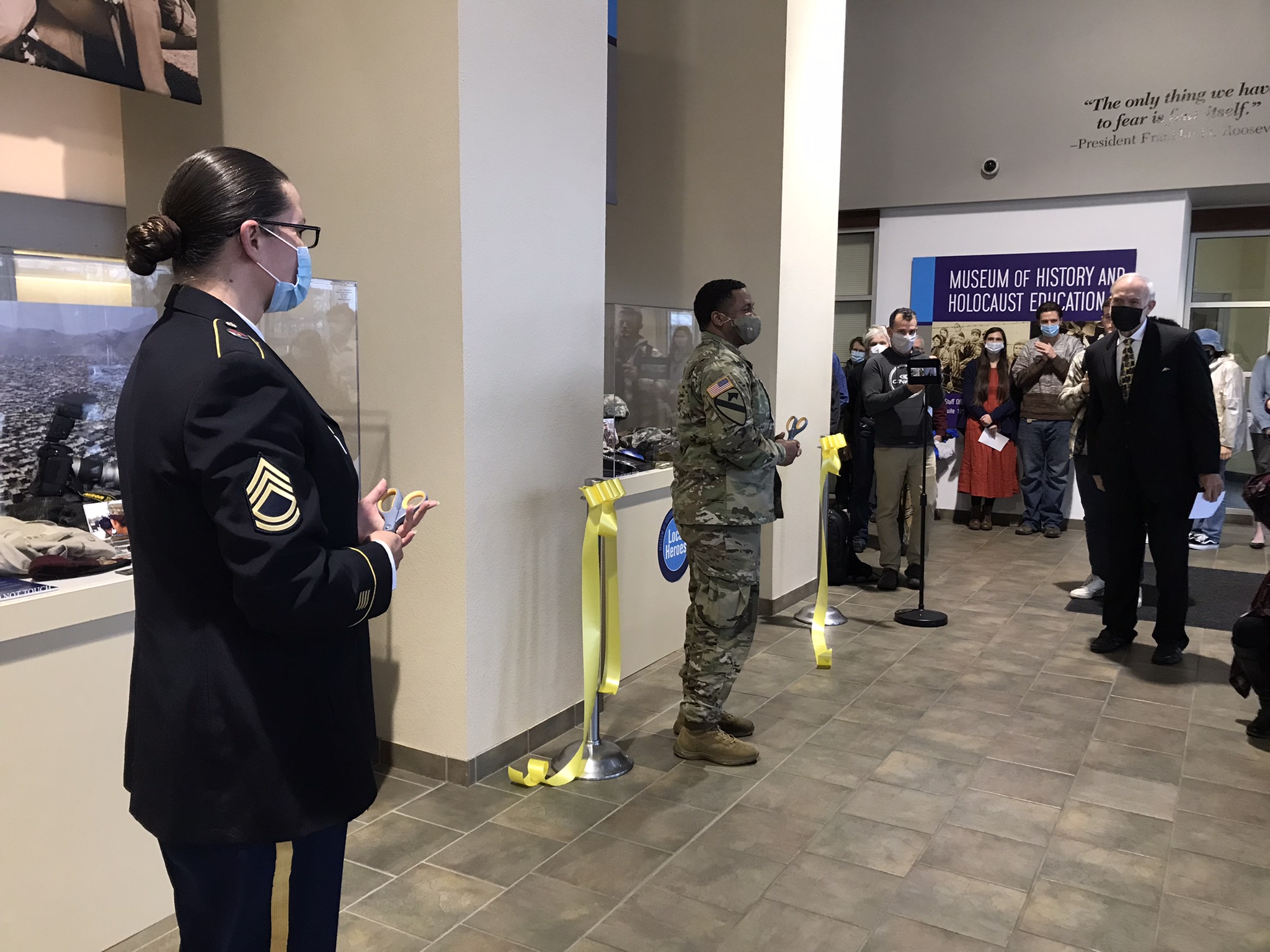 Click here to learn about the history of combat photojournalism in the United States, check out David's online exhibit, "Combat Photography in America: From the Beginning to World War II." 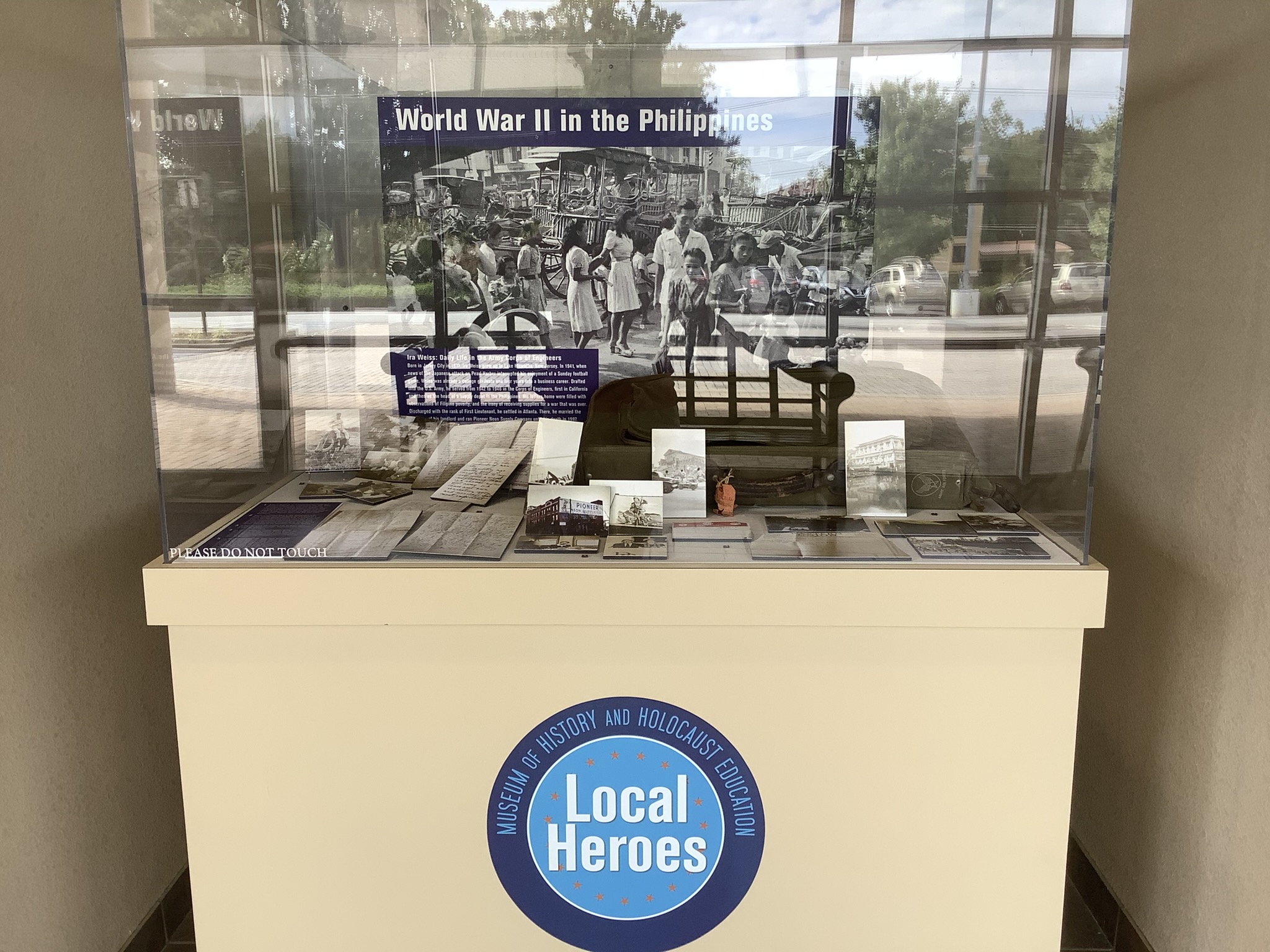 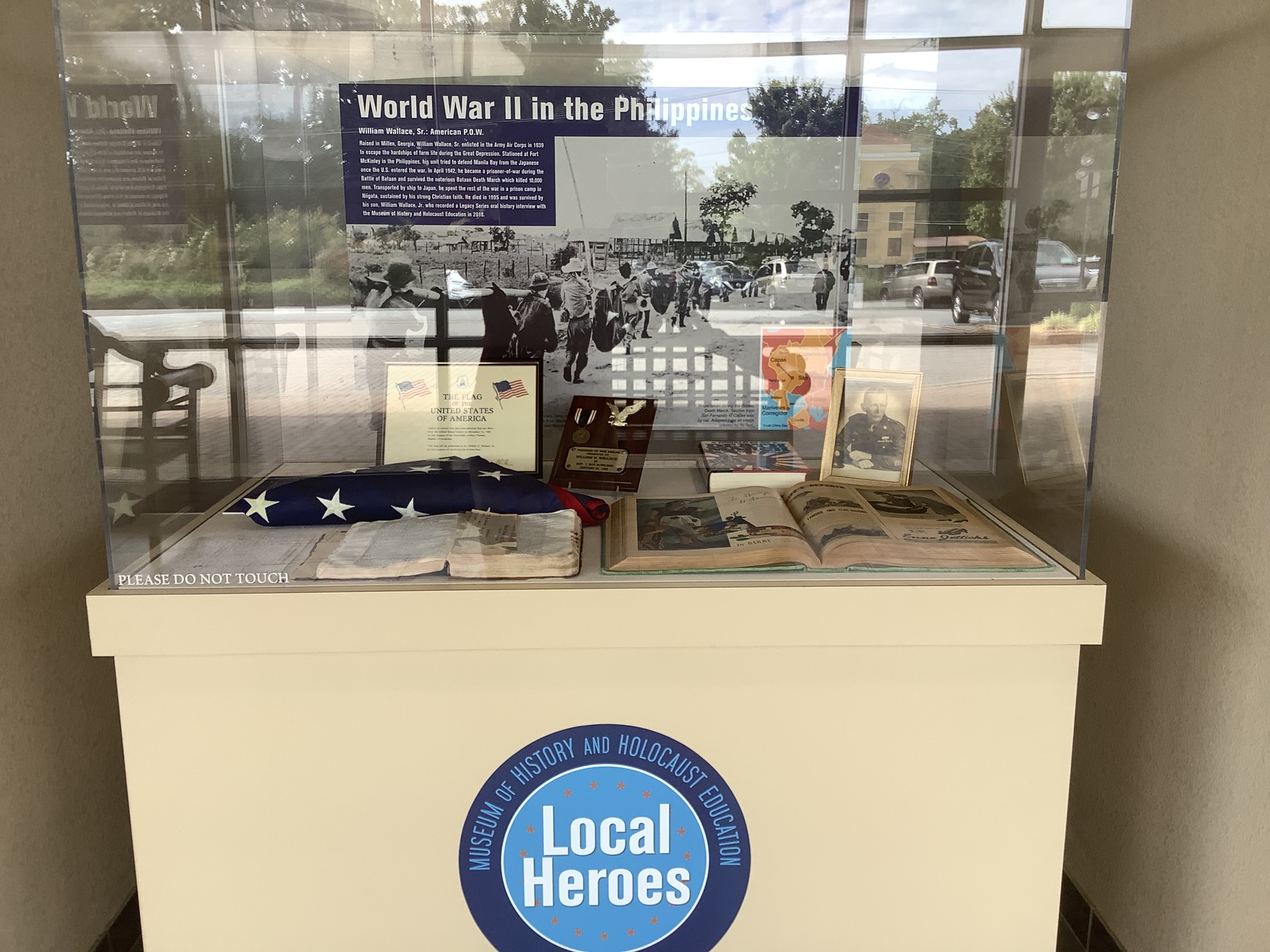 Starting in August 2020, the Local Heroes cases tell stories of World War II in the Philippines through the eyes of U.S. Army veterans William Wallace, Sr., and Ira Weiss. Wallace and his unit fought bravely to defend Manila from Japanese soldiers during the Battle of Bataan. Captured by the Japanese, Wallace survived the notorious Bataan Death March and a P.O.W. camp in Niigata, Japan. Ira Weiss served in the Army Corps of Engineers from 1942 - 1946, beginning in California and concluding as head of a supply depot in the Philippines. 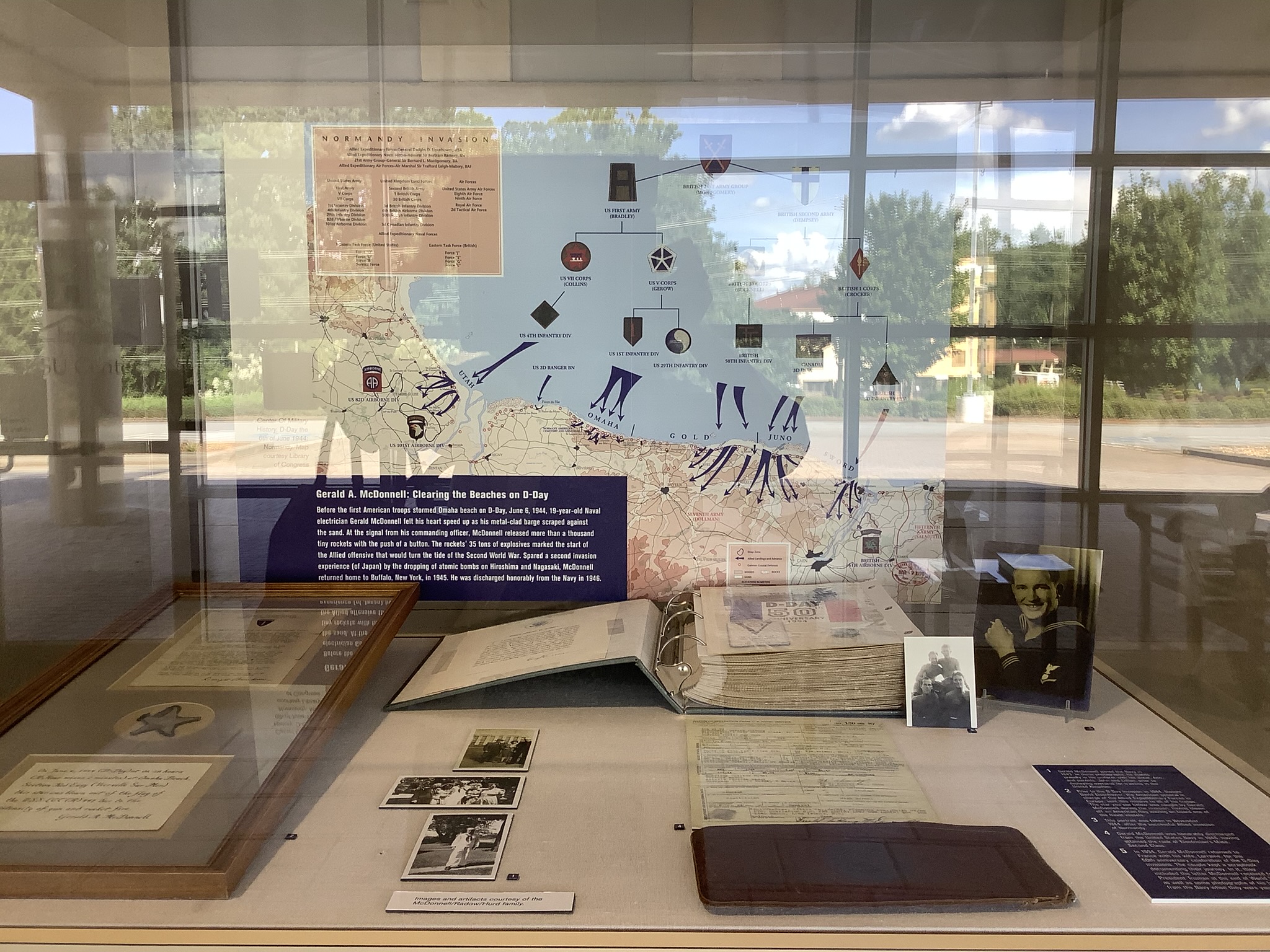 In 2018, we featured the story of George Franklin. 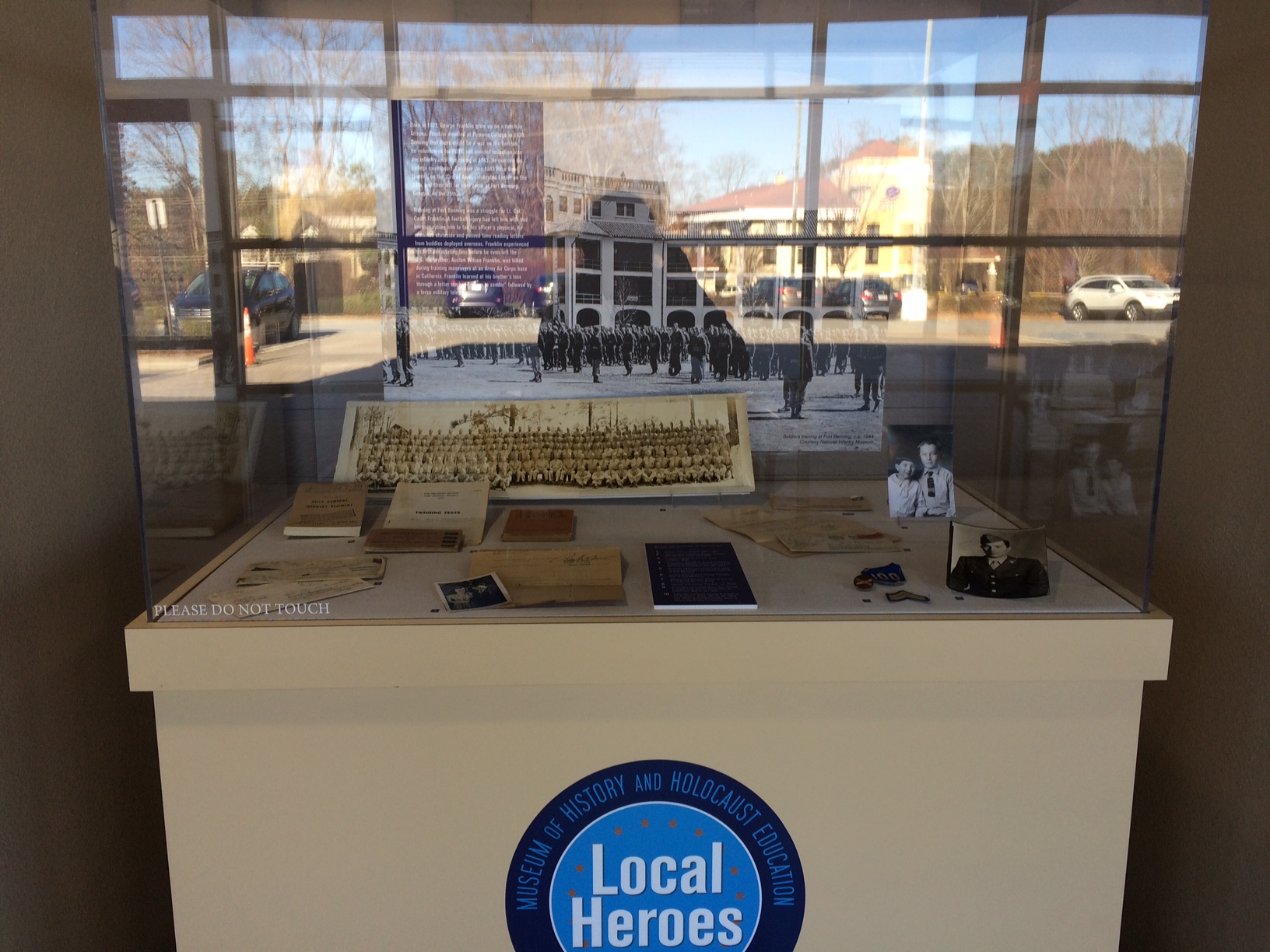 Born on October 16, 1921, George Franklin grew up on a ranch in Arizona. His family had left North Carolina after the passage of the Homestead Act in 1862. Franklin started college in 1939. Sensing that there might be a war on the horizon, he volunteered for ROTC at Pomona College in California where he avoided induction into the infantry until the spring of 1943. George married his college sweetheart, (and 1943 Rose Bowl Queen) Lorraine, on the 23rd of April, celebrated Easter on the 24th, and then left for boot camp at Fort Benning, Georgia, on the 25th.

Training at Fort Benning was a struggle for Lt. Col. Cadet George Franklin. A football injury had left him with bad knees, causing him to fail his officer’s physical. He remained stateside while many of his buddies were deployed overseas. Letters from his friends helped him pass the time his assignment as a machine gunner in the 100th division of the infantry in the spring of 1944. Sadly, Franklin experienced his first devastating loss before he even left the U.S. George’s brother, Austen Wilson Franklin, was killed during training maneuvers at his Army Air Corps base in California. Franklin learned of his loss through a letter marked “return to sender” and then a terse military telegram. 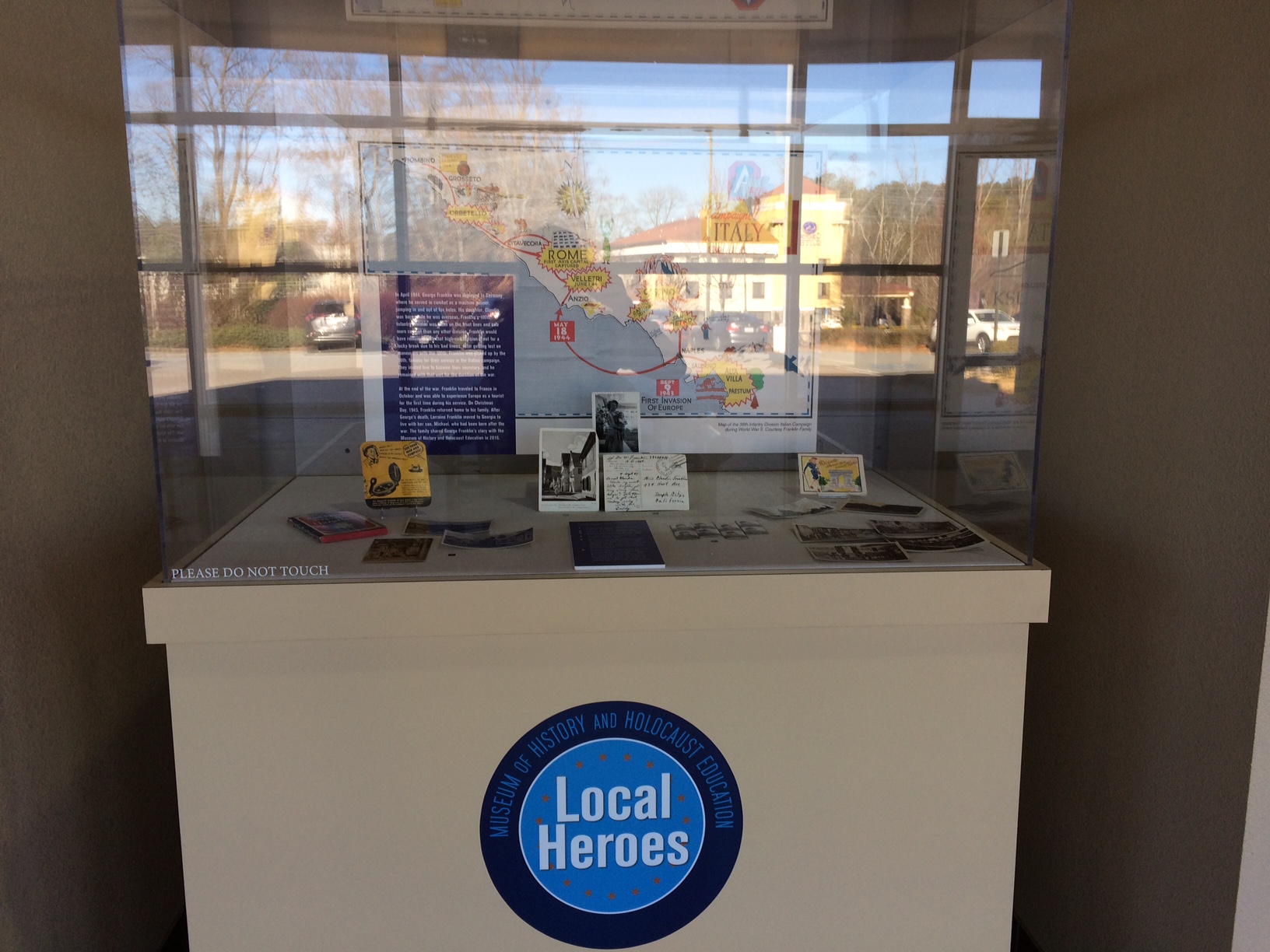 In April of 1944, George Franklin was deployed to Germany where he served in combat as a machine gunner, jumping in and out of fox holes. His daughter, Claudia, was conceived while he was on leave in September 1944 and born while he was still in Germany. Franklin’s division was often on the front lines and saw more combat than any other infantry division. Franklin would have remained with that high-risk division if not for a lucky break due to his bad knees. After getting lost on maneuvers with the 100th, Franklin was picked up by the 36th, famous for their service in the Italian campaign. They invited him to become their secretary, and he remained with that unit for the duration of the war.

At the end of the war, Franklin was stationed in Geisslinger, Germany. From there he traveled to France in October and was able to experience Europe as a tourist for the first time during his service. On Christmas Day, 1945, Franklin returned home to his family. After George’s death, Lorraine Franklin moved to Georgia to live with her son, Michael, who had been born after the war. The family shared George Franklin’s story with the Museum of History and Holocaust Education in 2016.