For the 2022-2023 school-year, we are offering several different, live virtual programs that have all been updated/reimagined based on feedback from our teacher partners! While we have designed our programs to adhere to Georgia Standards of Excellence, teachers from ANY state are welcome to reserve our programs!

Please scroll down for descriptions of each program and frequently asked questions. 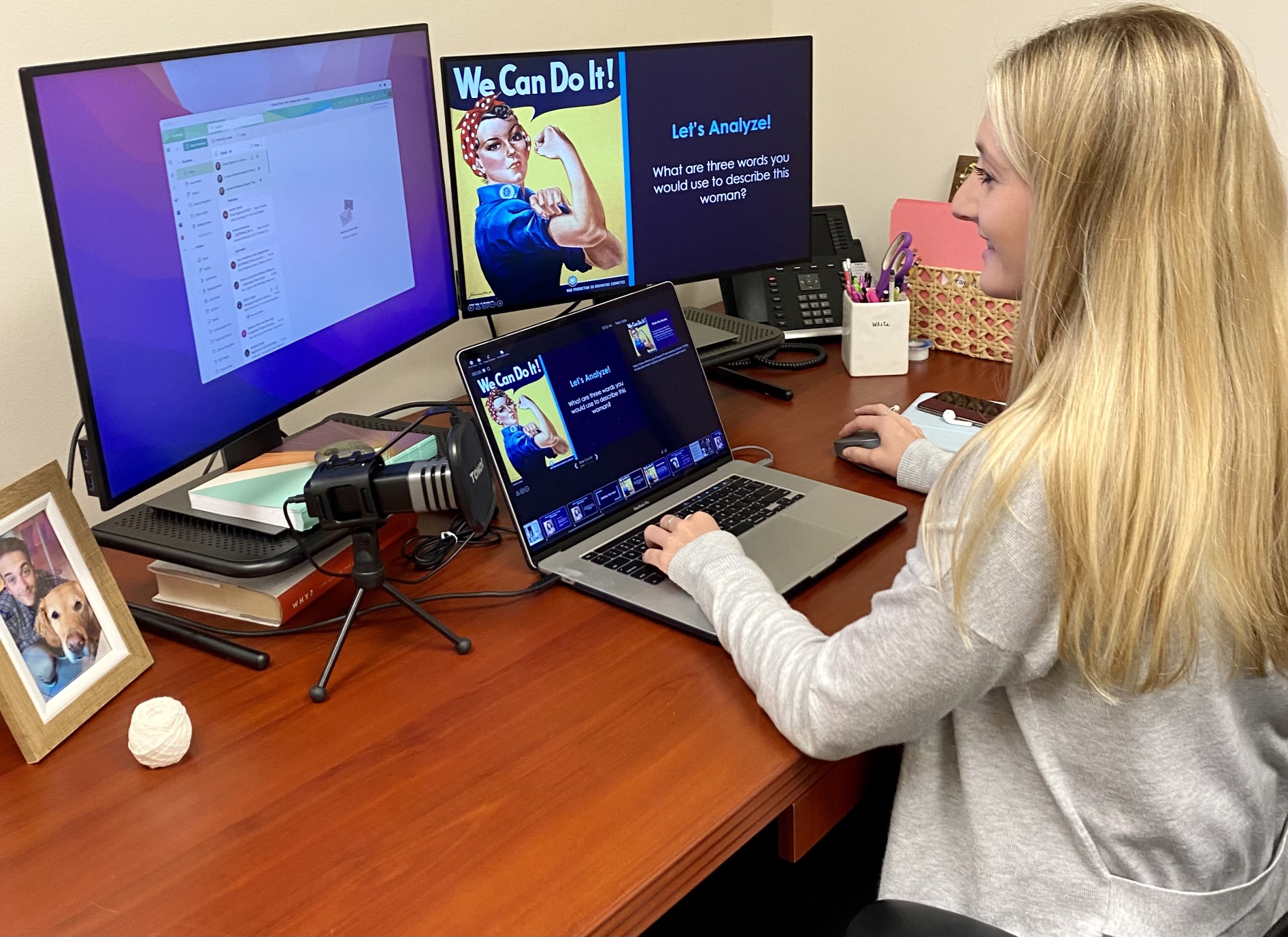 *At this time, our live, virtual programs are fully booked through 2022. Please reserve an asynchronous lesson below OR request dates for 2023!

World War I: The War to End All Wars?

This program begins with an overview of the causes of World War I and concludes with the Treaty of Versailles. Students will examine why the United States got involved in World War I, U.S. contributions to the Allied war effort, different Americans’ experiences of the war, and the outcomes of the war. Students will also learn more about the individuals highlighted in our Voices from the Great War traveling exhibit.

The Rise of Nazism

This program examines the events leading to the rise of Nazism in Germany and the tactics the Nazi Party used to gain power gradually over time, such as propaganda. The presentation is organized chronologically, and interview clips with Holocaust survivors are highlighted in the lesson. This lesson can stand alone or can be reserved with a second program: An Introduction to the Holocaust.

It Started with Words: An Introduction to the Holocaust

This program gives an age-appropriate, deep-dive into the events of the Holocaust. The presentation is organized chronologically, beginning with Hitler’s appointment as Chancellor (1933) and concluding with liberation (1944-1945). The experiences of Holocaust survivors are highlighted in interview clips throughout the lesson.

Voices from the Second World War

This program provides an introduction to World War II with an emphasis on the U.S. entry and involvement in the war. The presentation focuses on the diverse perspectives and contributions of Americans. To understand how the war changed the world and the lives of so many individuals, students will listen to and analyze the stories of individuals who lived, worked, and fought during World War II.

This program highlights the contributions women made to the U.S. war effort and how women’s lives changed because of World War II. The presentation explores a variety of civilian roles women filled, women’s military service, and women who fought for equality during the war. Interview clips with home front workers and World War II veterans are highlighted throughout the lesson.

The Tuskegee Airmen: Flying for a Double Victory

This program examines the wartime experiences of the first Black pilots to fly in the U.S. military. To understand how the Tuskegee Airmen challenged racism abroad and at home, students will listen to and analyze the stories of Tuskegee Airmen and other Black soldiers who fought during World War II.

This program highlights the many contributions of Georgia during World War II. Following a brief overview of Georgia before World War II, the presentation focuses on the unique wartime roles of different locations in the state.To understand how Georgia changed the course of World War II, students will listen to and analyze the stories of individuals who lived in Georgia during the war.

In Search of Peace: The Arab-Israeli Conflict

This program examines the origins of the Arab-Israeli conflict. Using primary sources, students will learn about Arab and Jewish connections to Palestine and Israel, how war has shaped the present-day borders, and the many attempts to find peace.

Out of War Comes War: The Cold War

After World War II, the United States and the U.S.S.R. emerged as world superpowers. Students will examine Europe post-World War II, reunification in a post-war Germany, and learn about the effects of the "Iron Curtain" on economics and politics in eastern and western Europe. 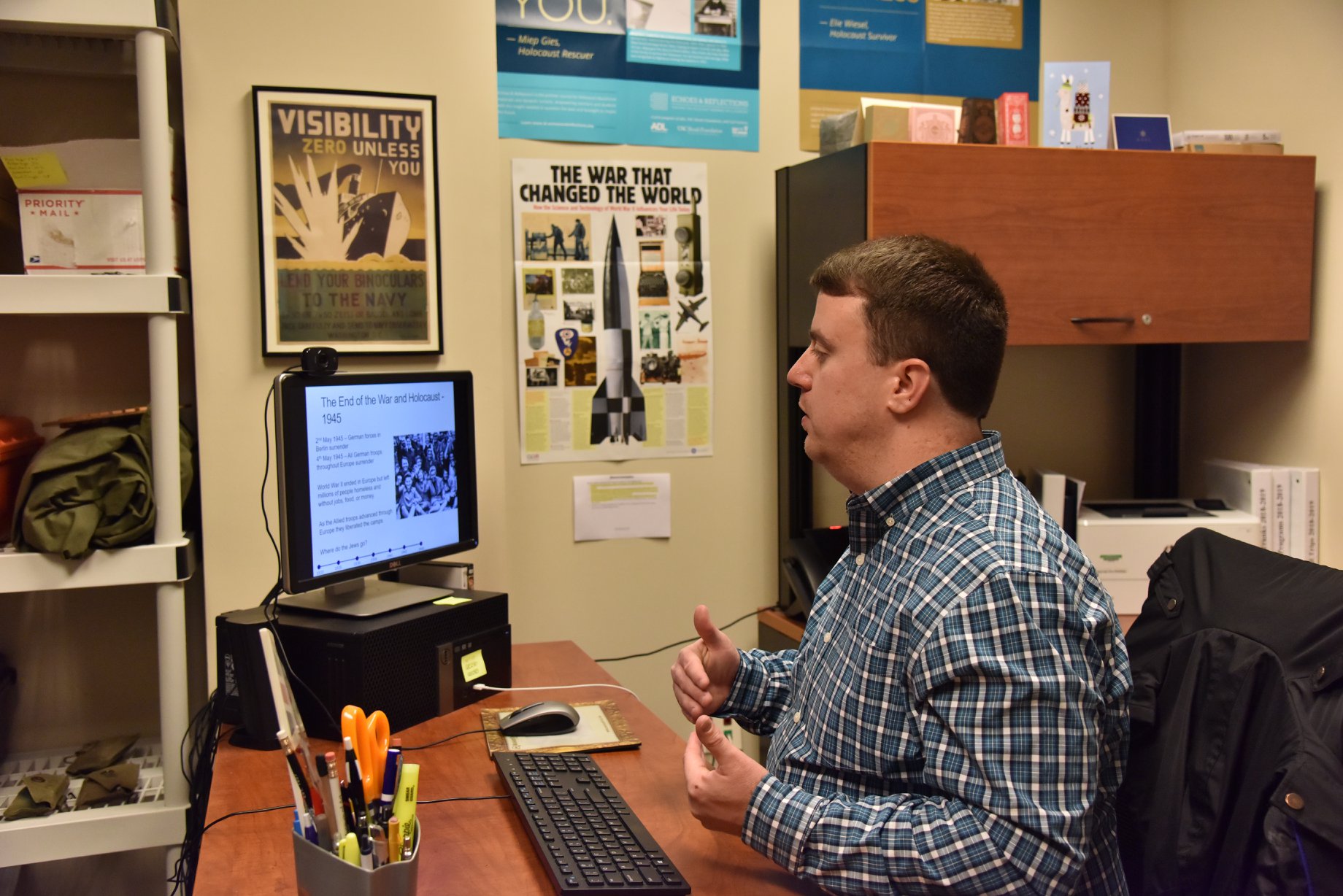 What is the cost of virtual programs?

What do these virtual programs include?

I am not in the state of Georgia? Can my students take advantage of this programming?

My school/team has a lot of students. How do you accomodate this?

What video conferencing software is used?

What if my students do not have their own device?

Can I request more than one program?

How can my administrator or parent preview the material?